I was a member of the <25Routes Residency with João Garcia Miguel at Atelier RE|AL and Teatro Iberico in Lisboa, Portugal for 5 weeks in January and February 2017. 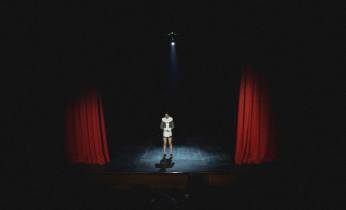 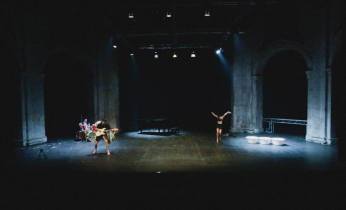 During this residency we researched and developed solo works, that joined together to create a theatre cabaret show. I became the host to the twisted event that saw themes and moments to do with ‘the stuggle to communicate’, by the end my character was a broken host who questioned entirely what we had shown to Lisboa.

This is the second of three residencies, the first of which was in Valencia in July 2016 and the third in Manchester July 2017.

In < 25 project, the project concept was to gather 4 artists from the UK, 4 artists from Portugal & 4 artists from Spain and ask them to create a piece. This piece was developed over 3 residences, 5 weeks each in each country.. The residences helped protect the process from external influences. It is a way of life. It is a social and artistic question. The coexistence generates new material.